Here, the car and Mike are at the TSOA Concours in Melbourne 1999 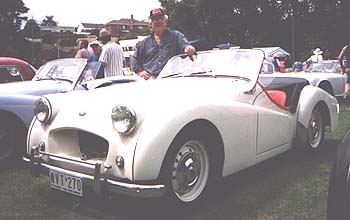 The photo was taken at the Australian Grand Prix at Albert Park (Melbourne) when TRs were used to ferry the drivers in the parade lap before the race. (photo taken by Mike's wife's hairdresser who is a fan of Jacques and didn't realise it was Mike's car ... crazy coincidence no. 348!) 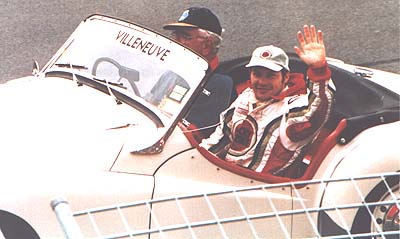