Crew briefing before we head off. The co-pilots had a running sheets with details of each step of the trip.
The main suggestions were - enjoy the run and feel free to "do your own thing" as long as we all get to
the booked venues and accommodation reasonably on time - and they did! 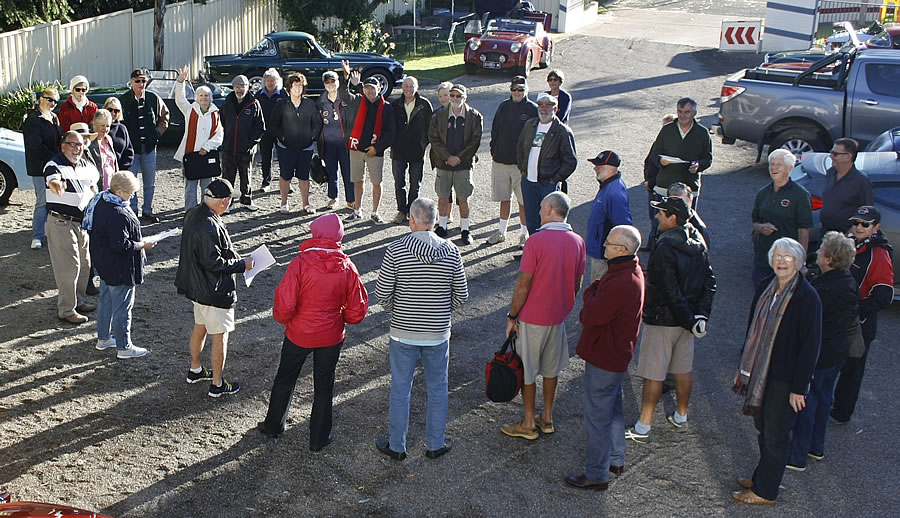 After an 8.30 start with a brief pause at an orchard we stopped off at the Weemala Scenic Lookout above Batlow 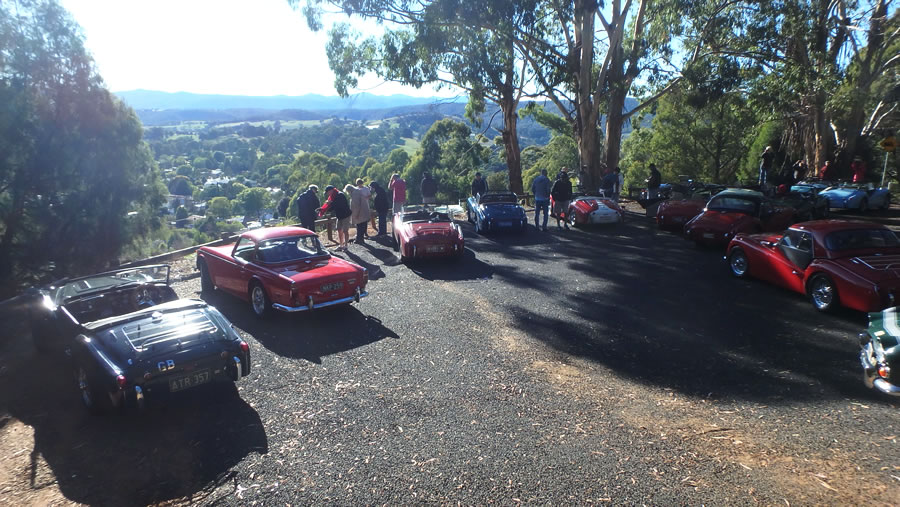 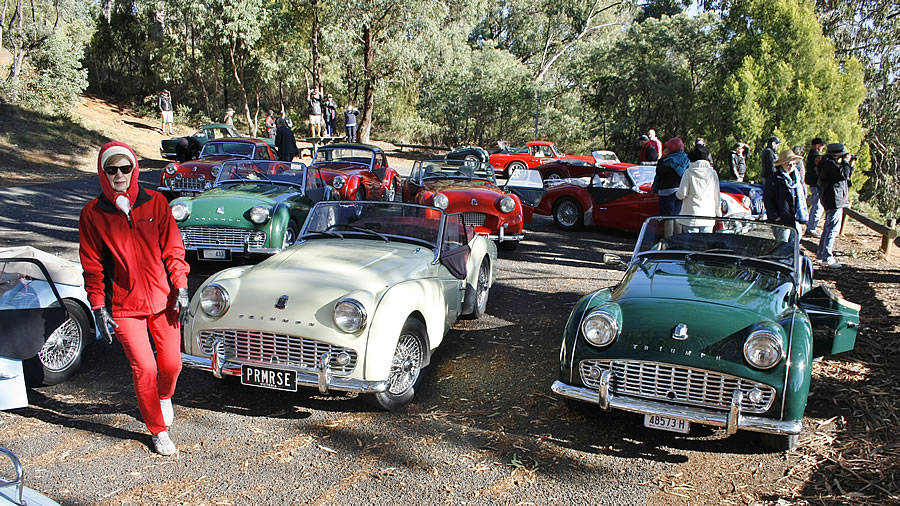 Everyone seemed to have a good time (pics by Gayle McEwan) 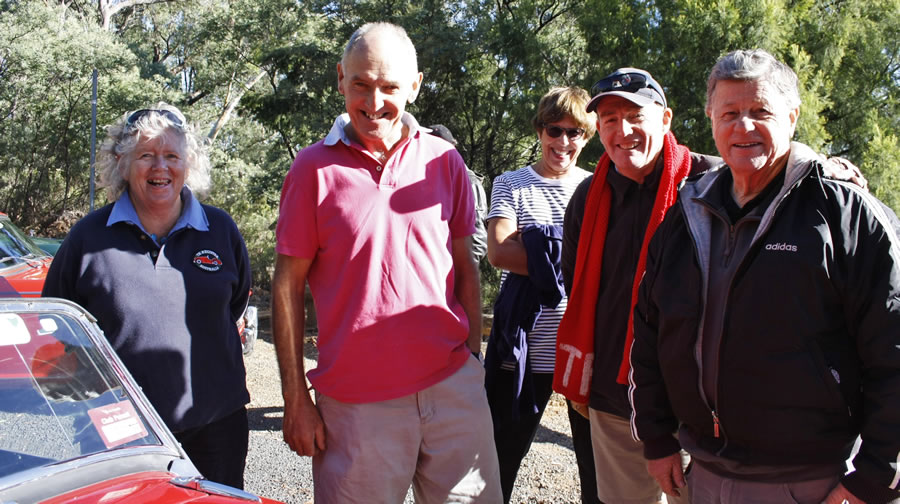 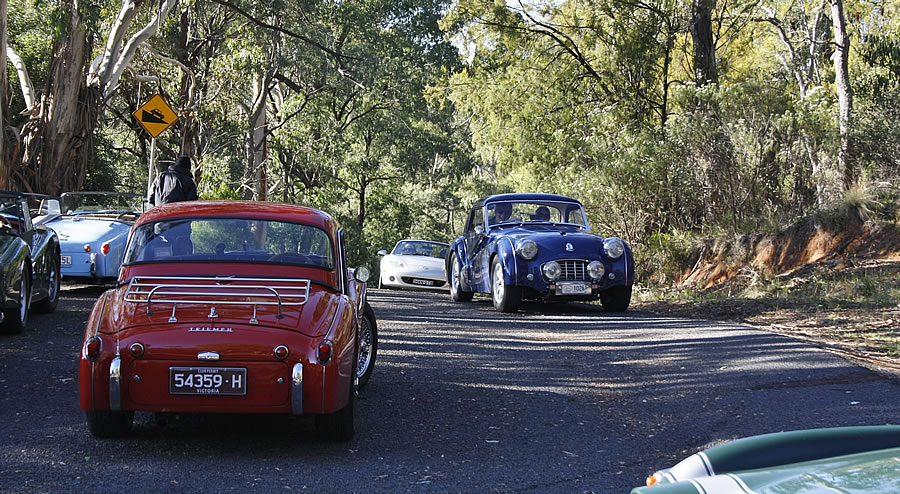 We were blessed with good weather and picturesque TR driving roads.(pics by Gayle McEwan) 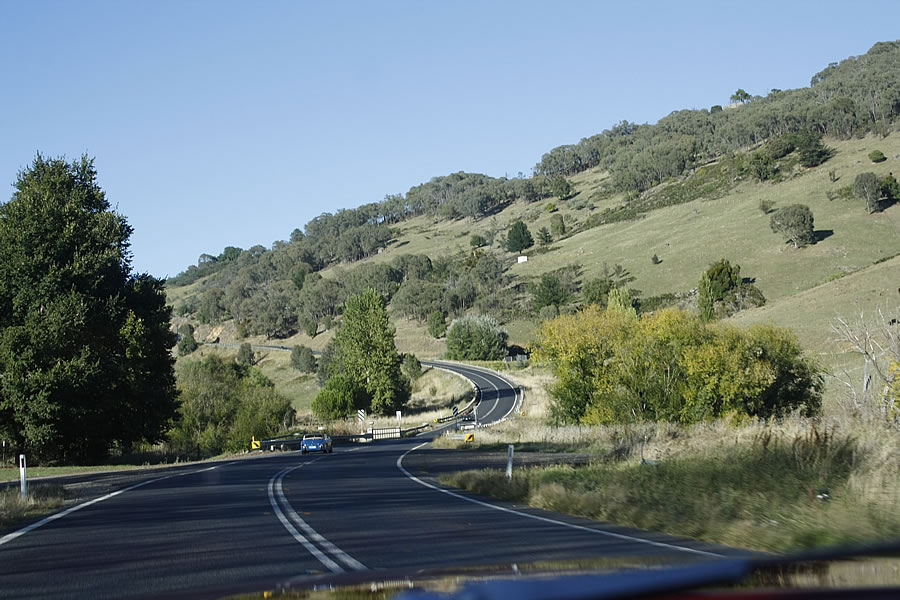 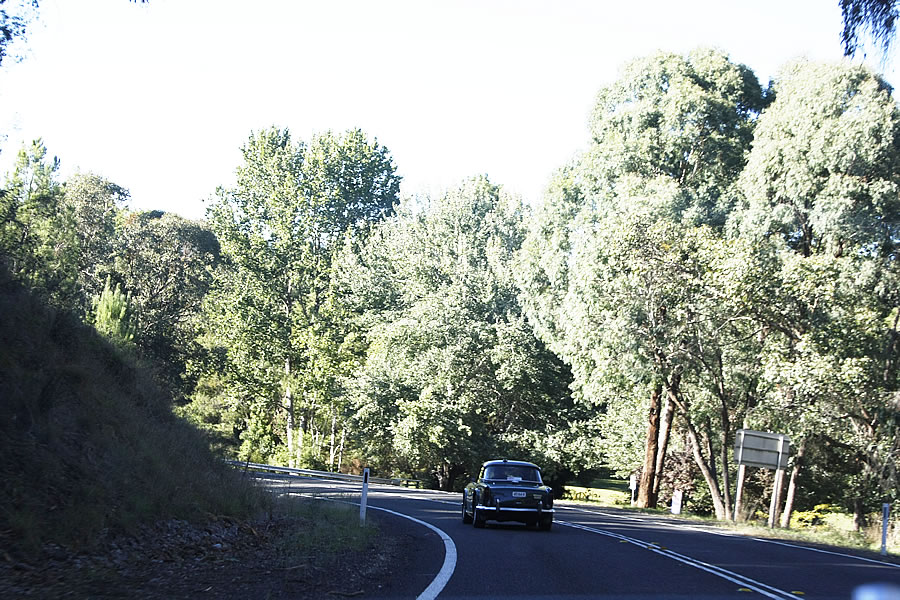 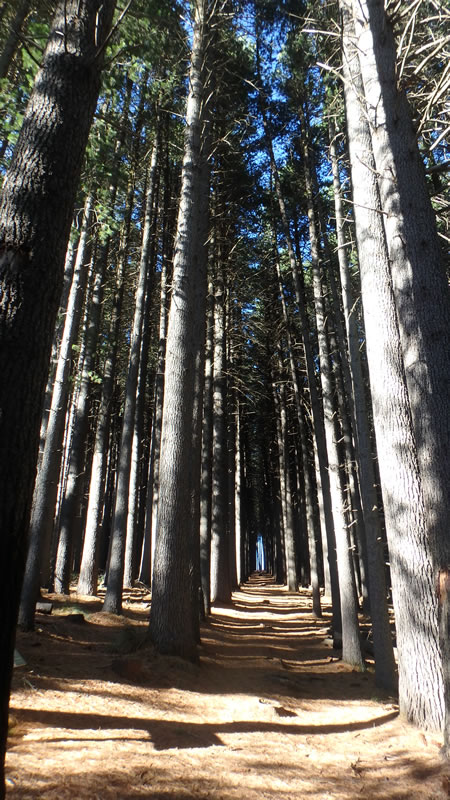 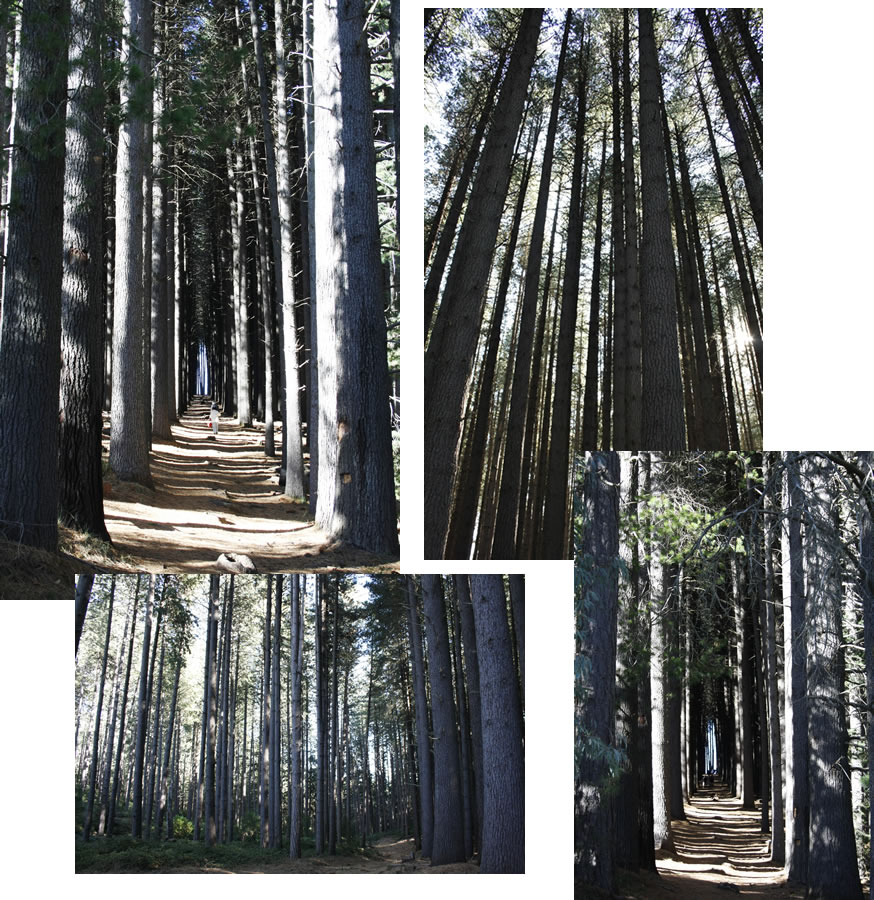 We had morning tea at Cafe Nest & Cinema in Tumbarumba. A lovely place to stop with nice cakes, tea & coffee.
There is also a lovely cinema for special viewings or scheduled screenings - unfortunately we didn't have time for that. 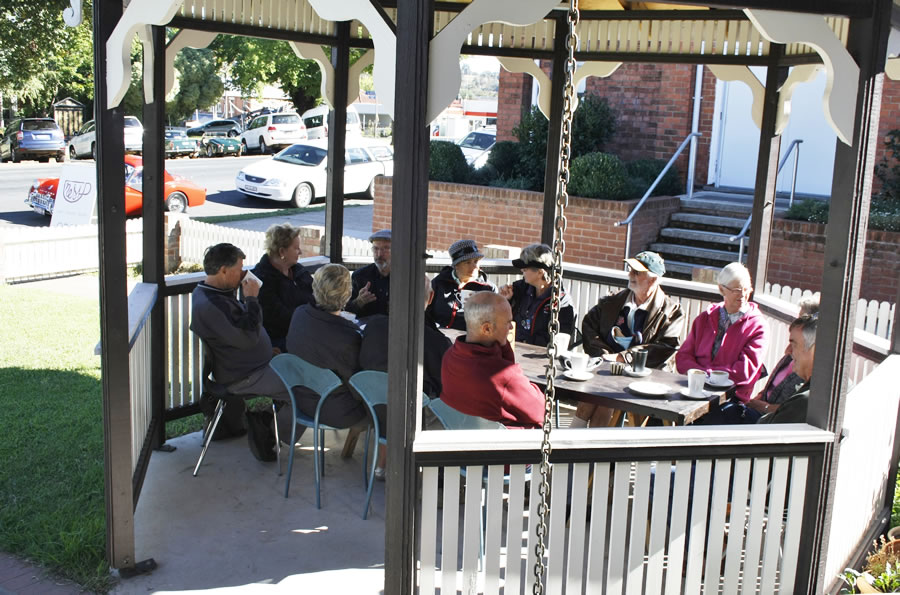 Val & Ken Strange (Vic) hadn't been on many TR outings and enjoyed the company of the other tourers. Welcome to TTs! 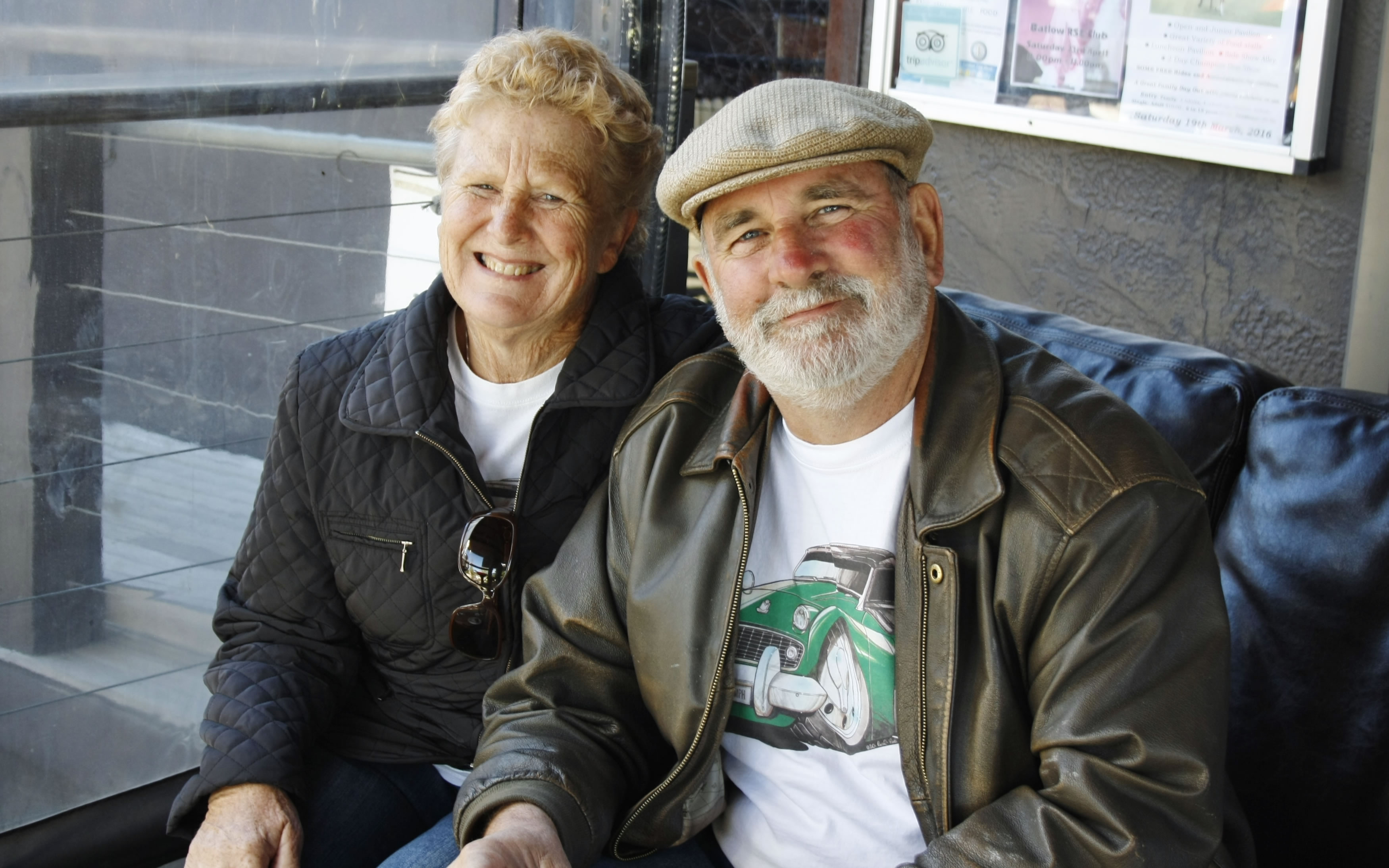 Paddy's River Falls - a short side trip on the way to Victoria. 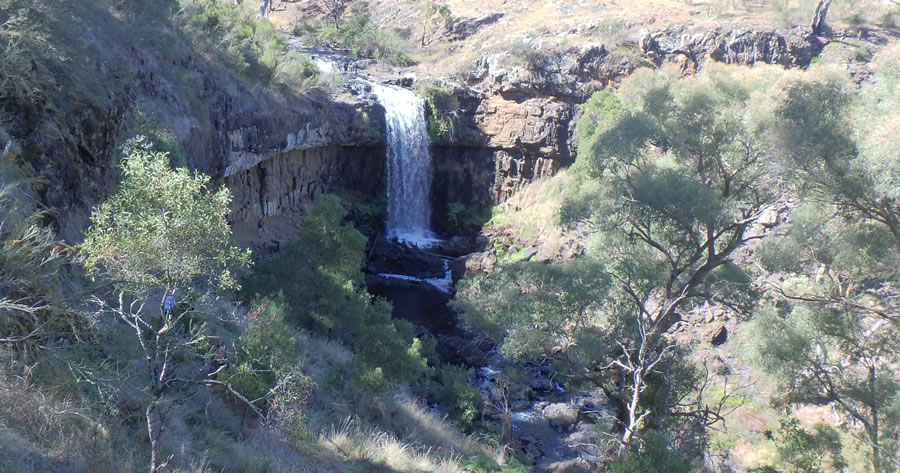 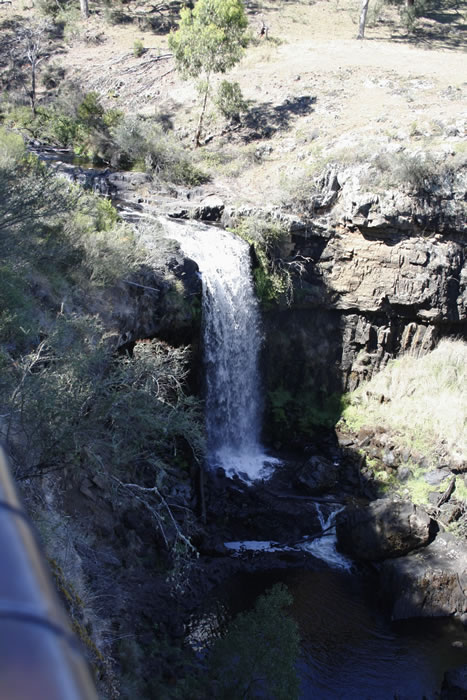 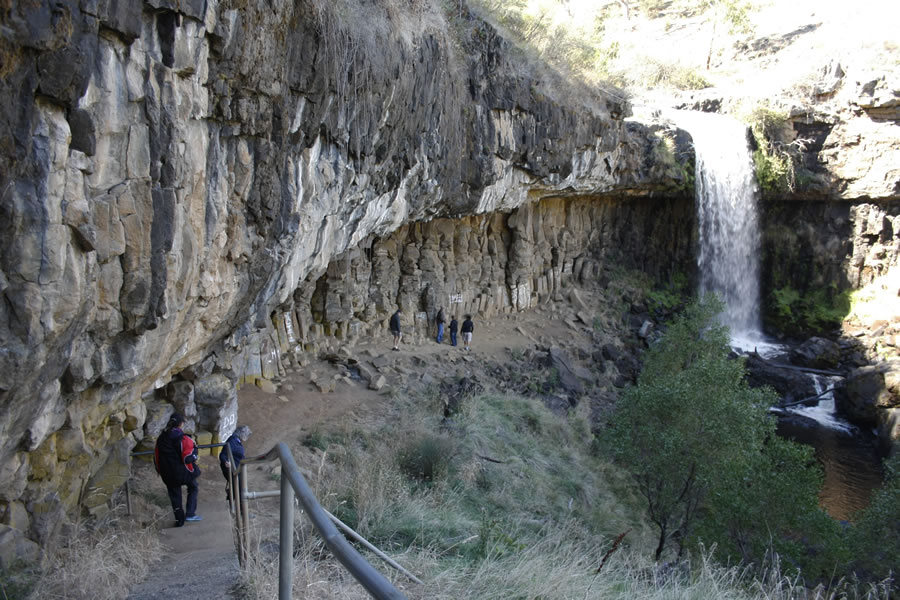 Followed by the "Southern Cloud" Memorial Lookout commemorating the discovery of the wreckage
of the aircraft, lost in 1931 with the loss of all on board. The wreckage was not discovered until 1958. 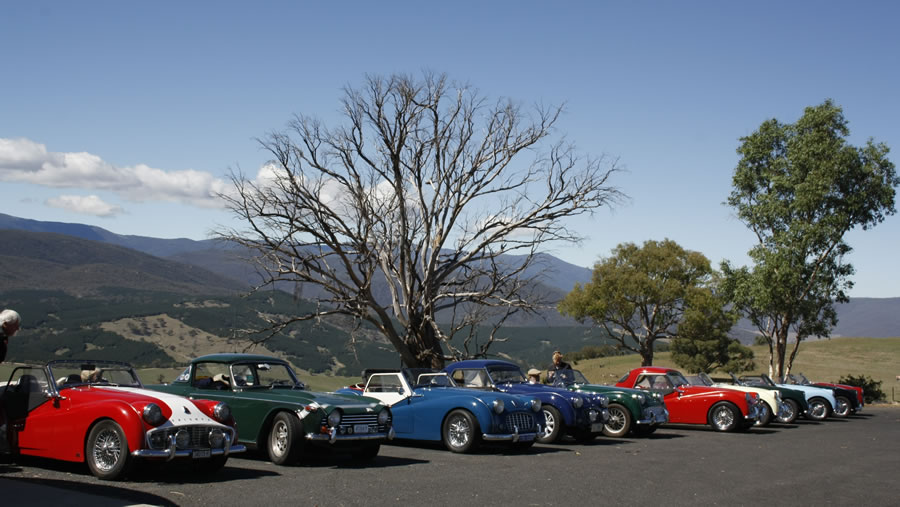 Coming down into Victoria - what glorious driving roads. 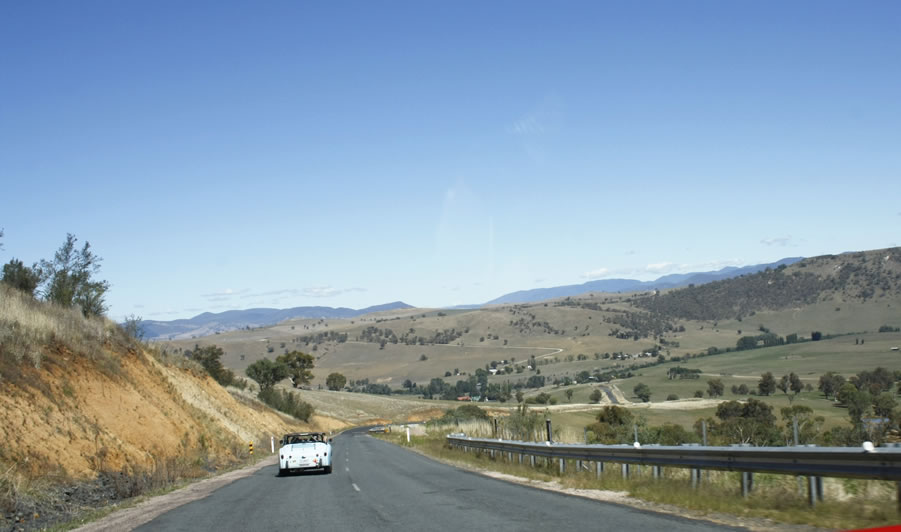 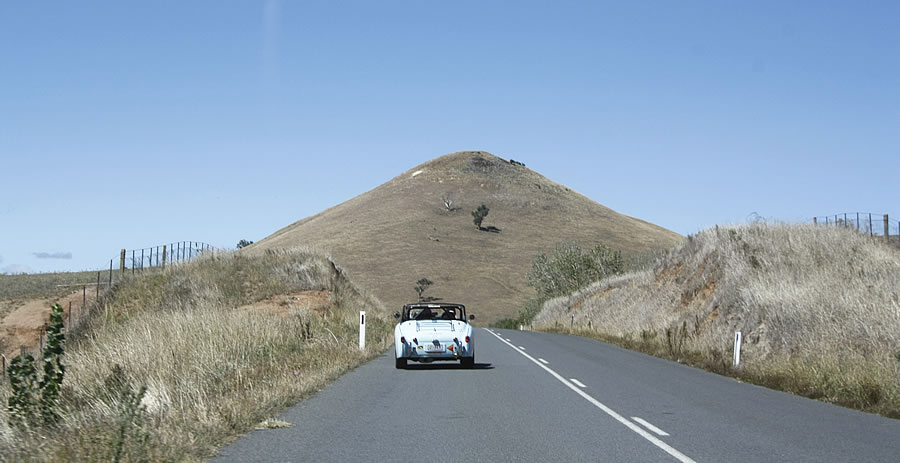 Lunch at the Tintaldra General Store - for Aussie Stew and damper, with Trevor on the guitar and ... 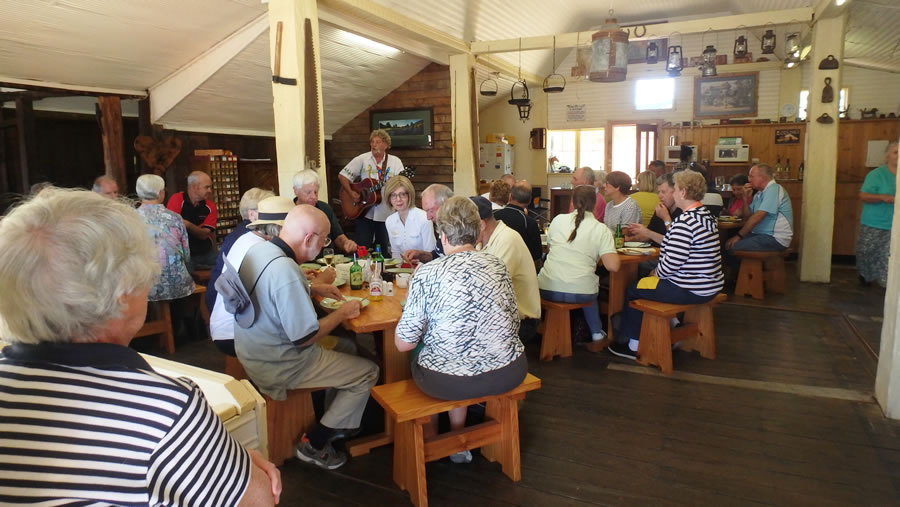 ...our livewire host and bush poet, Betty Walton who will be receiving her message from the Queen in 7 years! 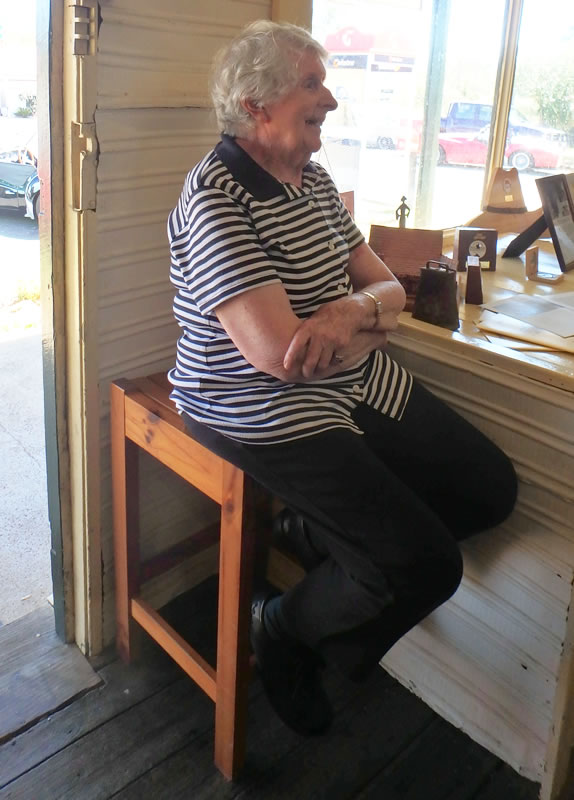 Betty Walton MC , bush poet, story teller, proprietor of the General Store & Post Office and chief cook & bottle washer.
She was helped on the day by most of her family and friends and local singer & guitarist Trevor (shown here) who entertained the
group with country music and bush ballads and plenty of enthusiastic sing alongs. Betty is a real enthusiast (at 93 - hope for us yet!) 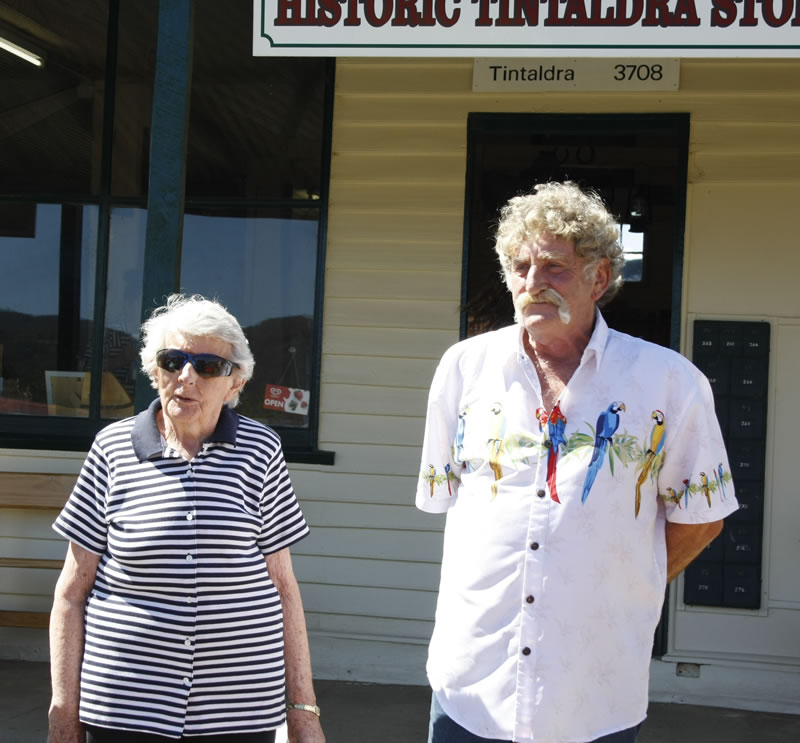 The building has been in continuous use as a general store in the same place with few alterations since it was first opened in 1864.

Betty and the group really got into the singalong. 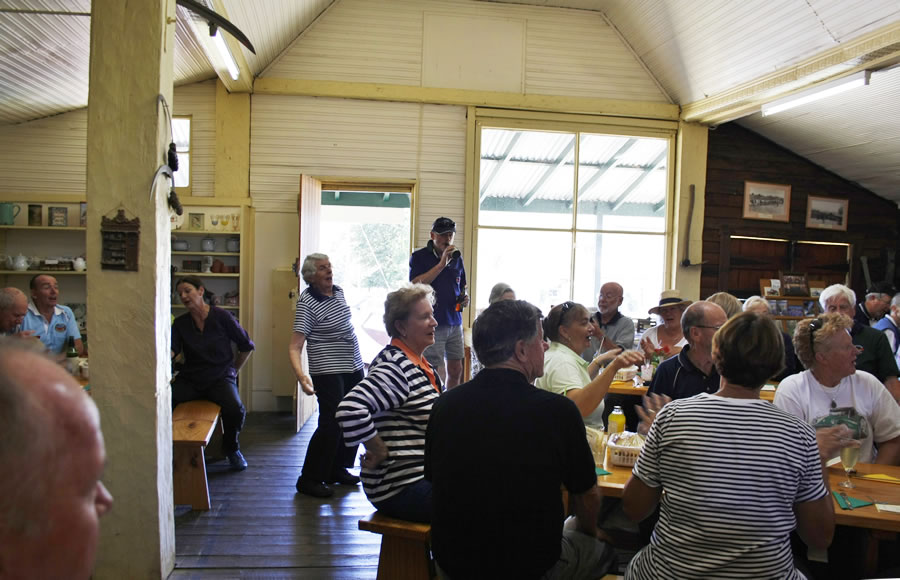 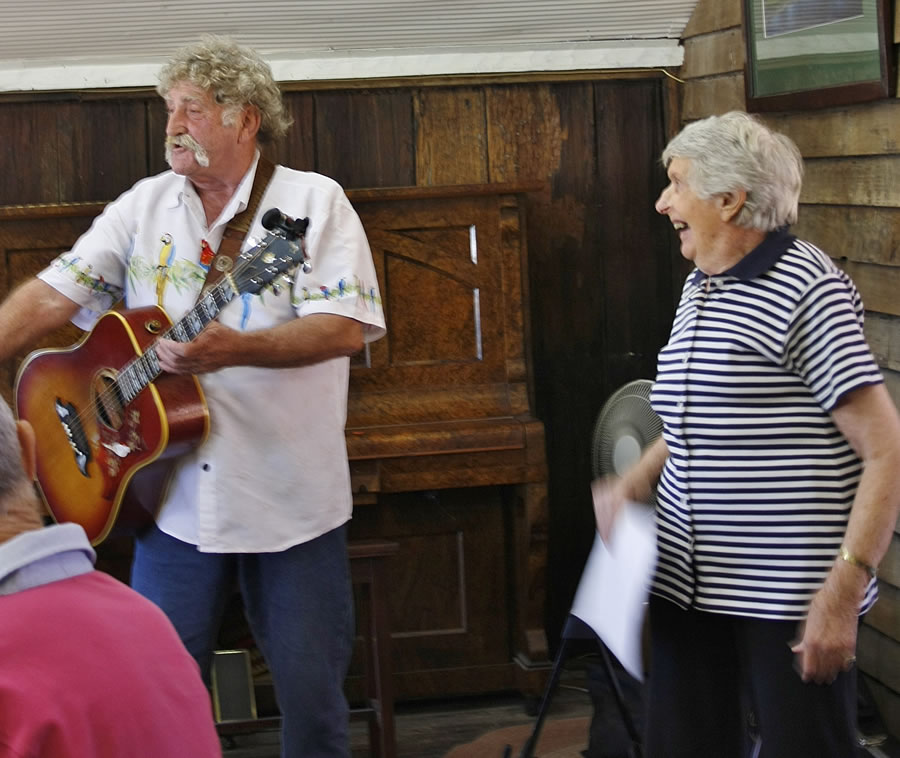 Betty going for a spin in various TRs - she was very disappointed that there weren't more locals around to see her! 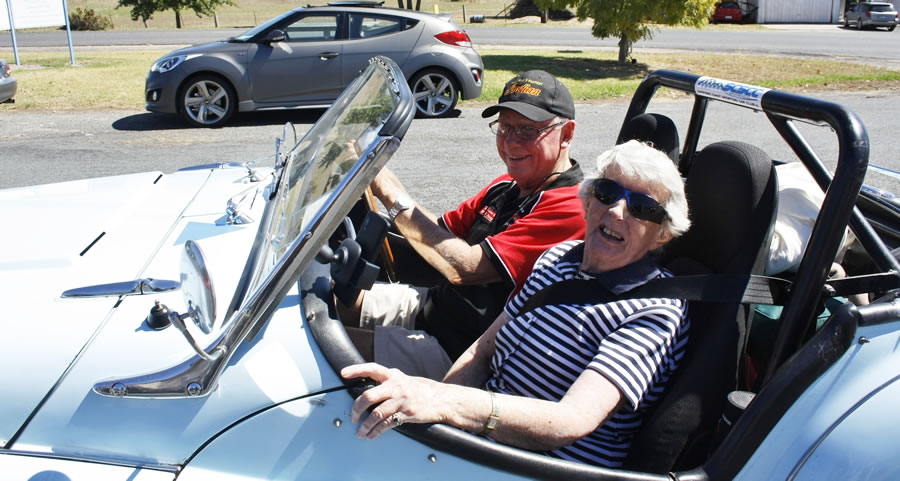 Betty's daughter and capable assistant on the day. 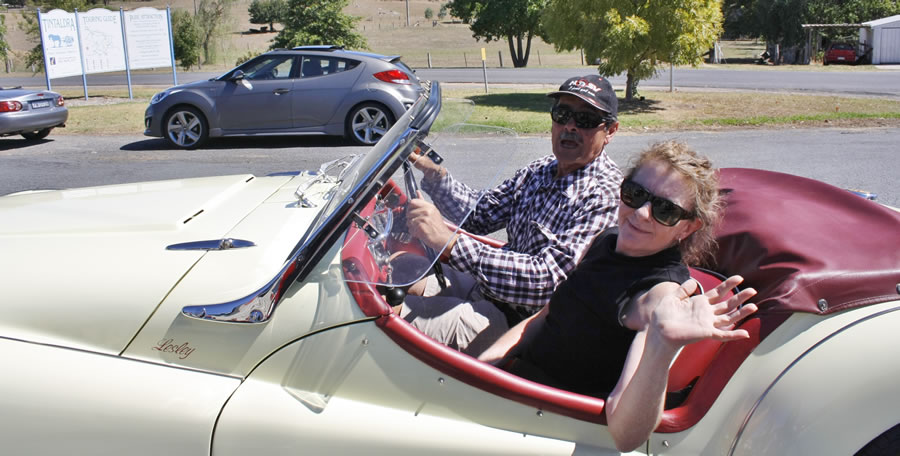 Betty about to head off with Bob and with a firm grip on the "waaah" bar. 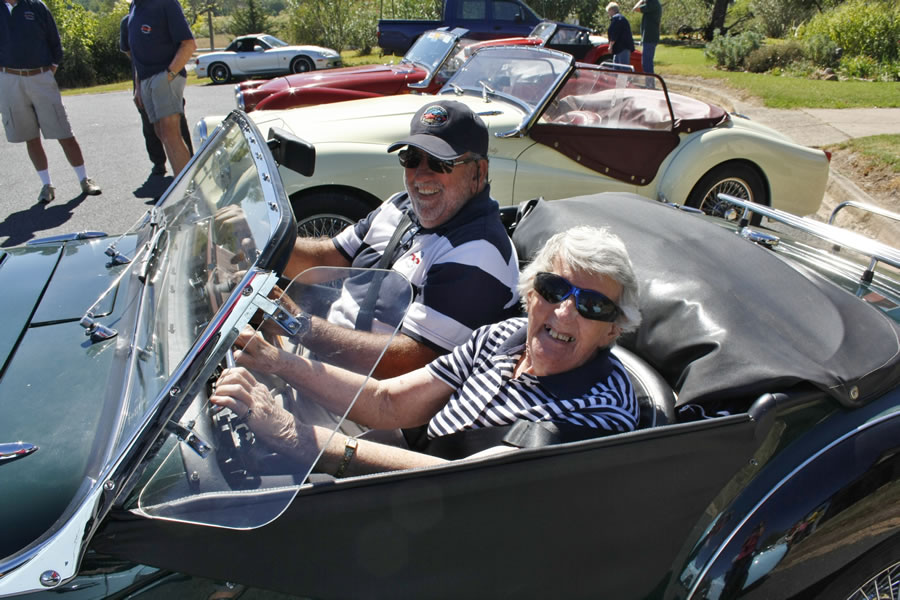 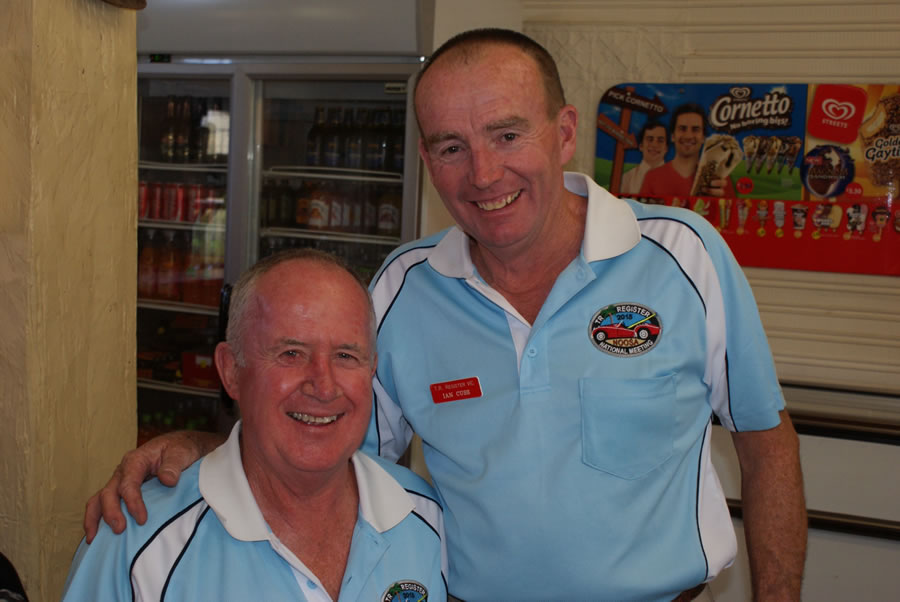 Some of the cars parked outside Tintaldra Store and Tea Rooms.
Well worth a visit if you have a group of cars as the lunch of Aussie stew and damper along with the bush songs, bush poetry,
singalong. beer & local wines (licenced) makes it a memorable stop - phone Betty Walton on 02 6077 9201 more pics on this website 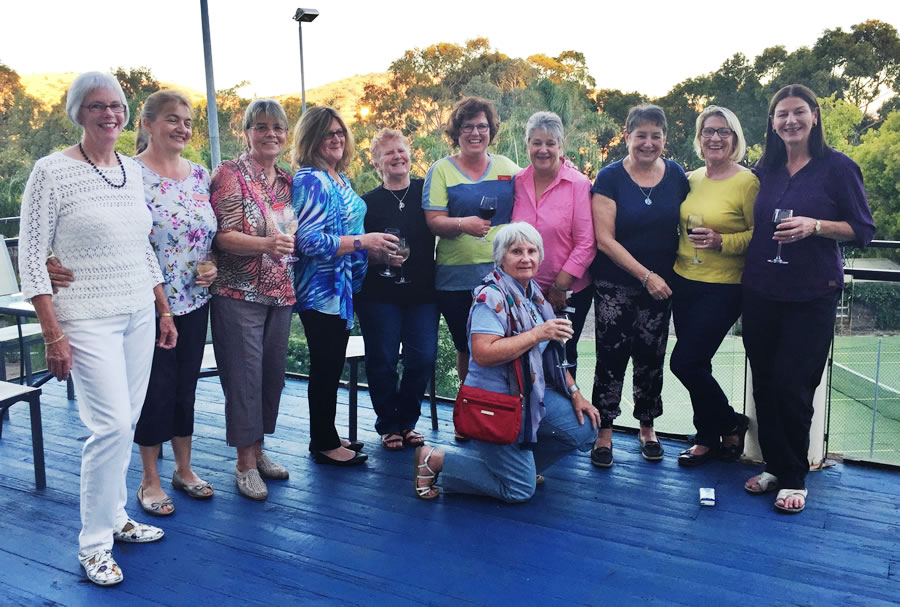 Followed by the men's group, somewhat enlivened by one of the ladies threatening to reveal her .......
What a reaction from the men! 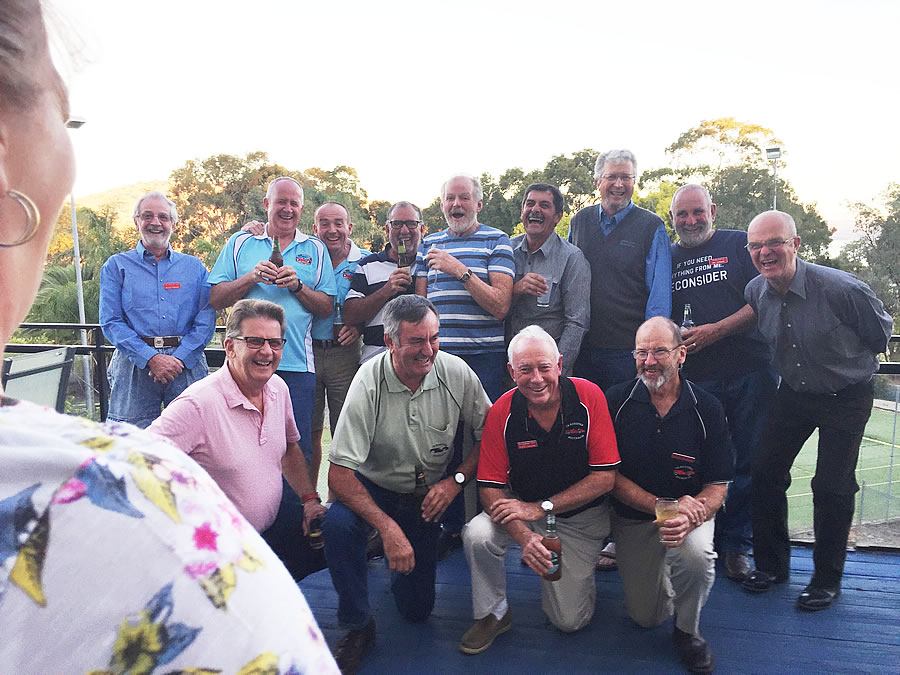 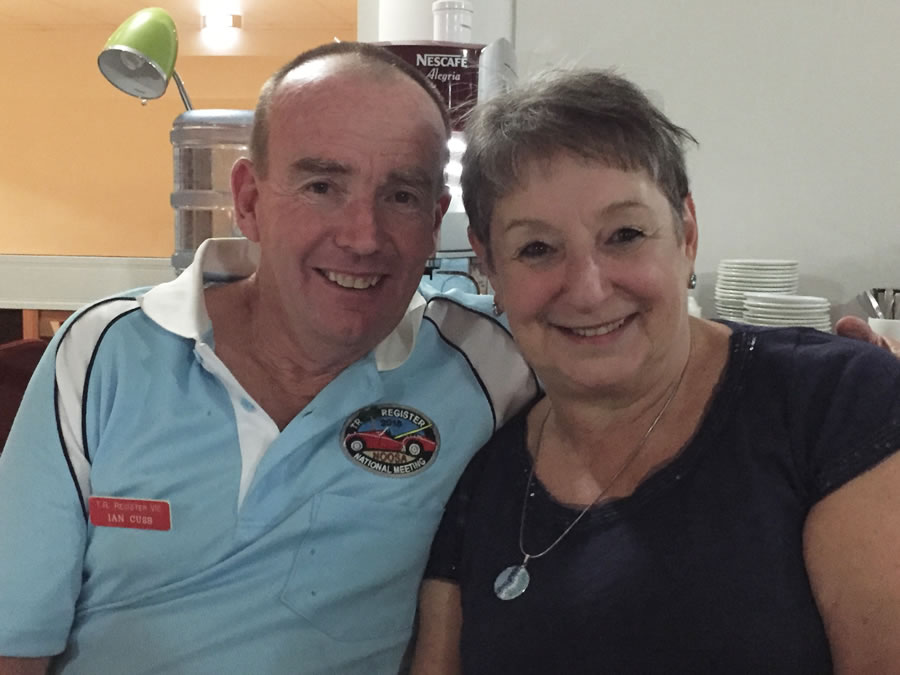