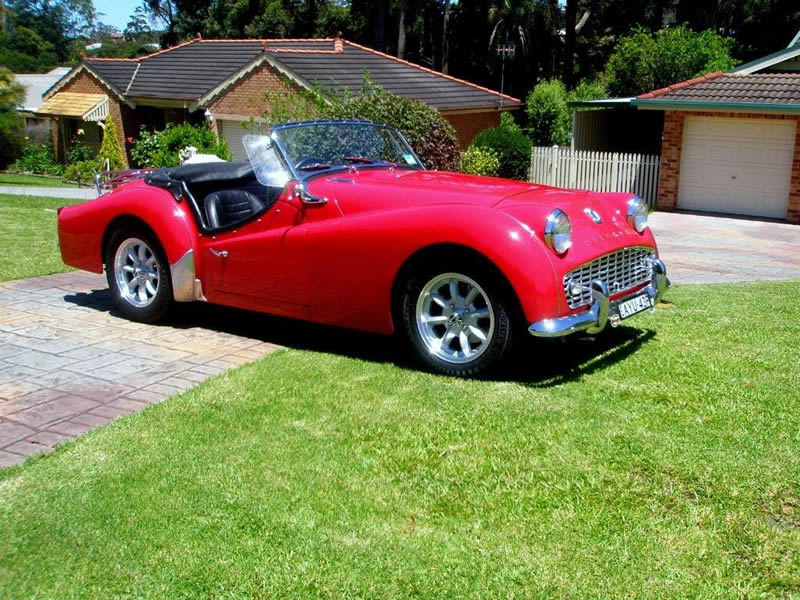 Previous History By Eric Carter
Purchased from Colin Kidd (Sydney) December 12, 1998. The car has been in
storage since he bought it in 1982 and to his knowldge unused for the previous 15 years.

Bodywork & Chassis
After working a number of years after hours I finally completed the bodywork
ready for my spray painter. While the body was being painted the chassis was
dismantled and as no repairs were required it was sandblasted and painted in 2 pack satin black.

Suspension
Everything that was taken off the chassis was renewed or reconditioned.

Trim
All interior was re trimmed in black connolly leather with black piping, new tonneau covers and soft top.
Side curtains and frames were repaired, powder coated and reassembled.