QLD Club Run to Noosa - March 2015
Photos courtesy of Bob Watters and Howard Prior
The Queensland team did a recce to Noosa recently to check out the Concours venue. 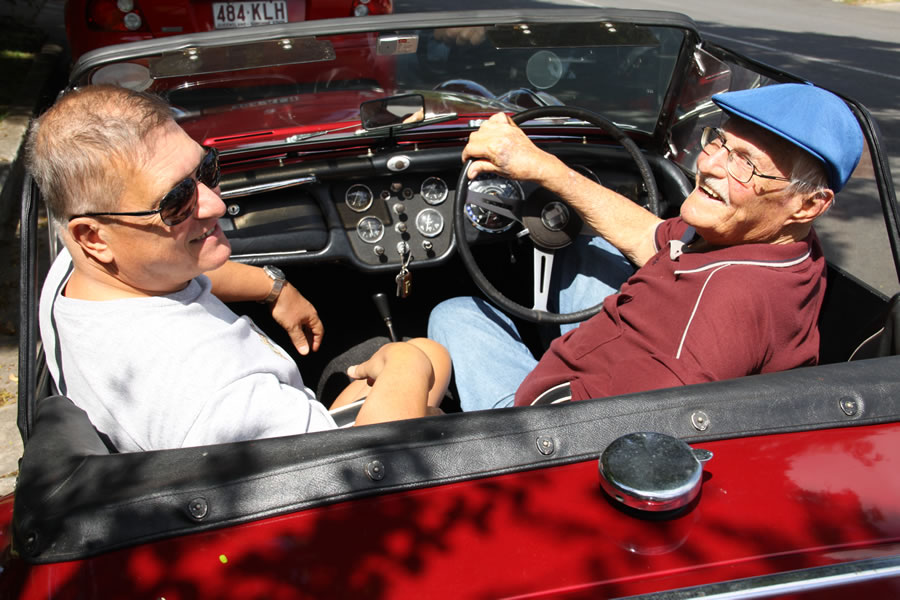 Living legend, Reg Cosgrove is shown at the wheel in this Howard Prior photo. Reg sometimes lets Paul have a go behind the wheel! 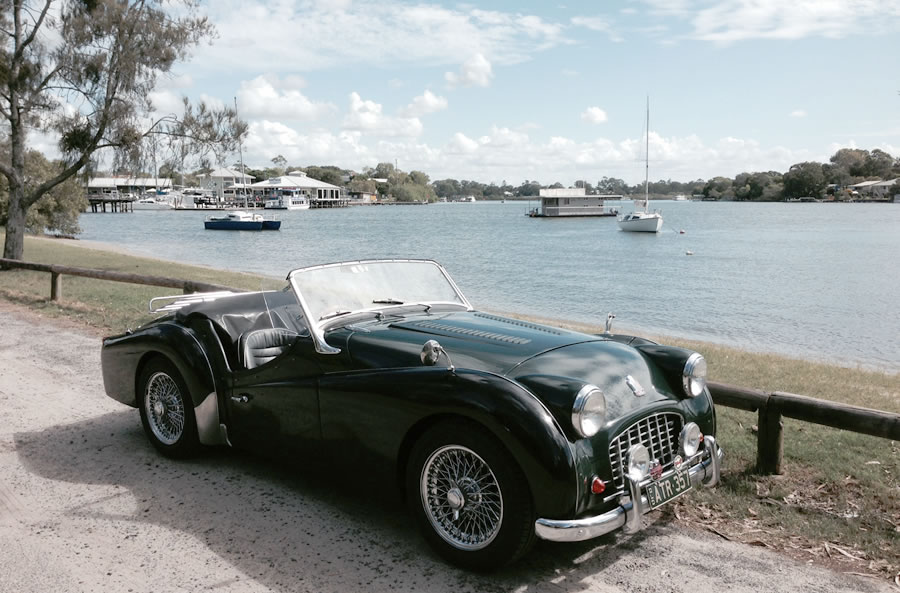 This shot is the Noosa River with the white building in the background being the venue for the concours dinner, "The River Deck" restaurant. 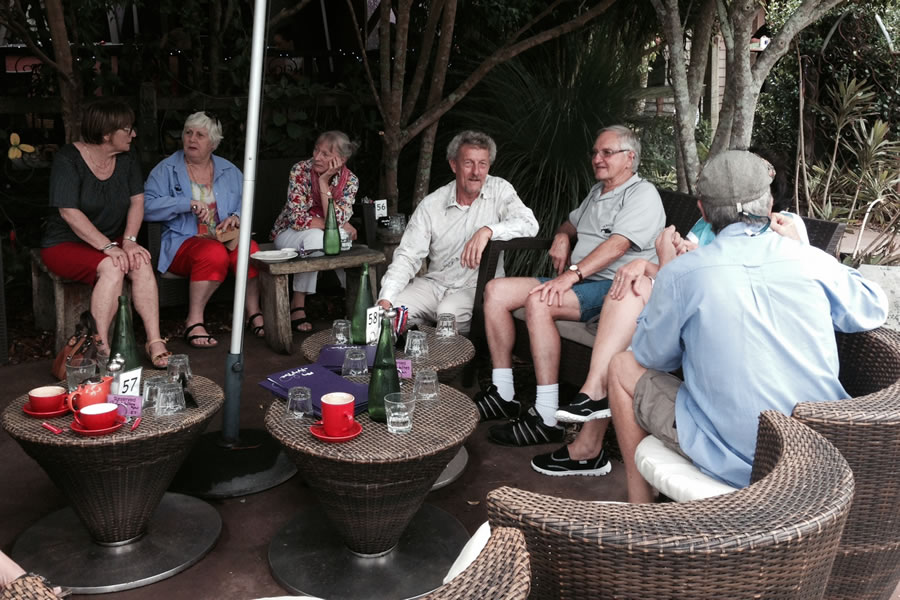 "QLD cars with tops up, a rare sight indeed but a necessity after driving through some of the heaviest rain I have ever encountered"Bob Watters
[You can see that putting the top up reduced Peter Clarke to tears (left front).. Rick] 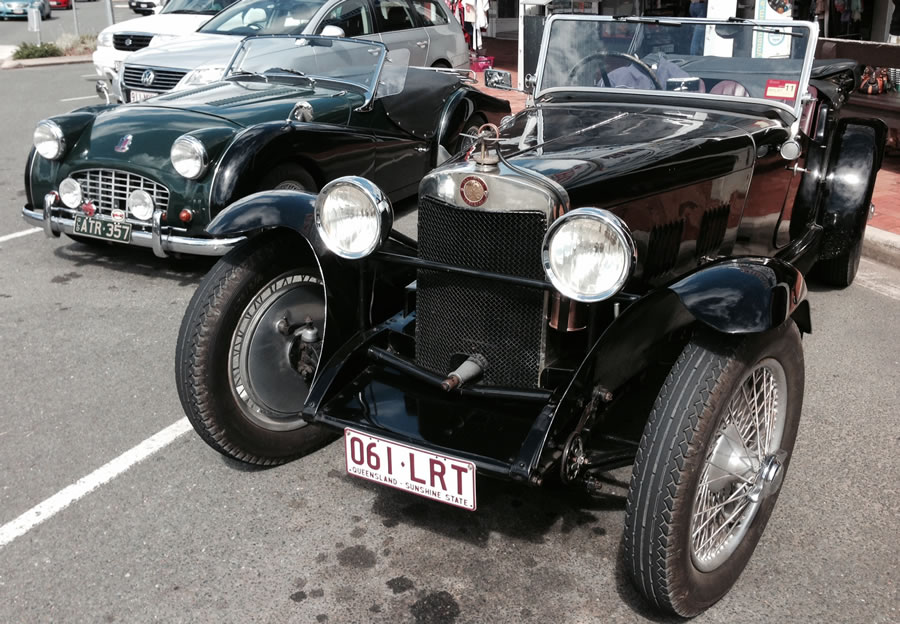 1928 Lea Francis
Bob Watters comments:
"You don't see one of these everyday and on full registration too. It is a 1928 model according to the registration label
but that's all I know because while we were in Cooroy having a coffee it drove off so I didn't get to talk to the owner.

As we were walking back to our car a couple walking past were overheard saying "look at the old car" with the husband replying
'they'd be retired'. It brought a smile to my face as the ad on TV with the same line obviously gets attention."