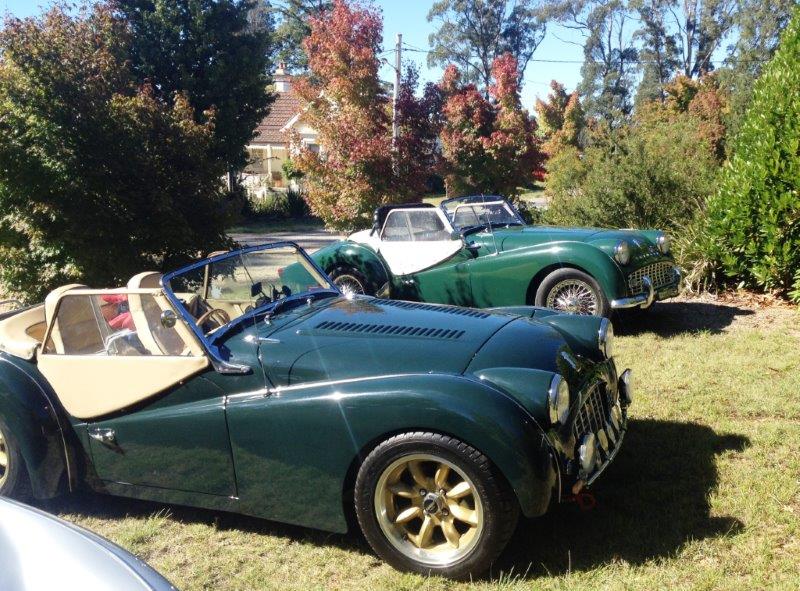 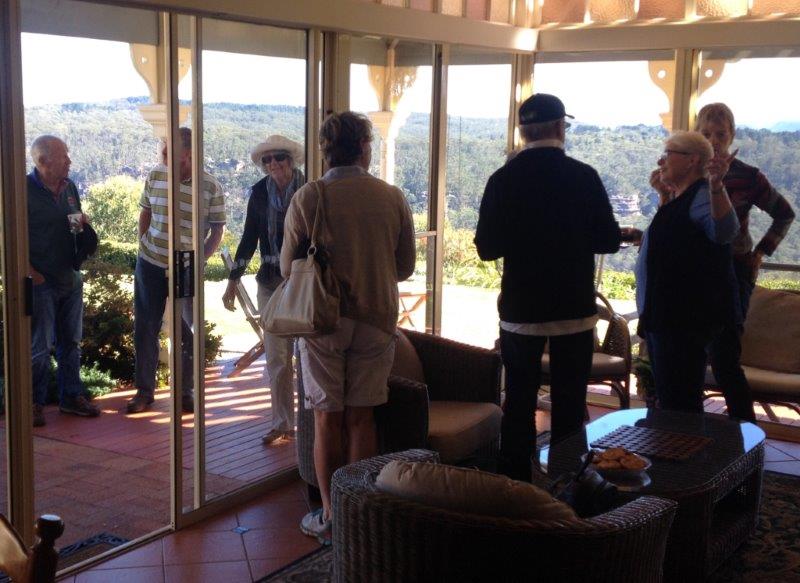 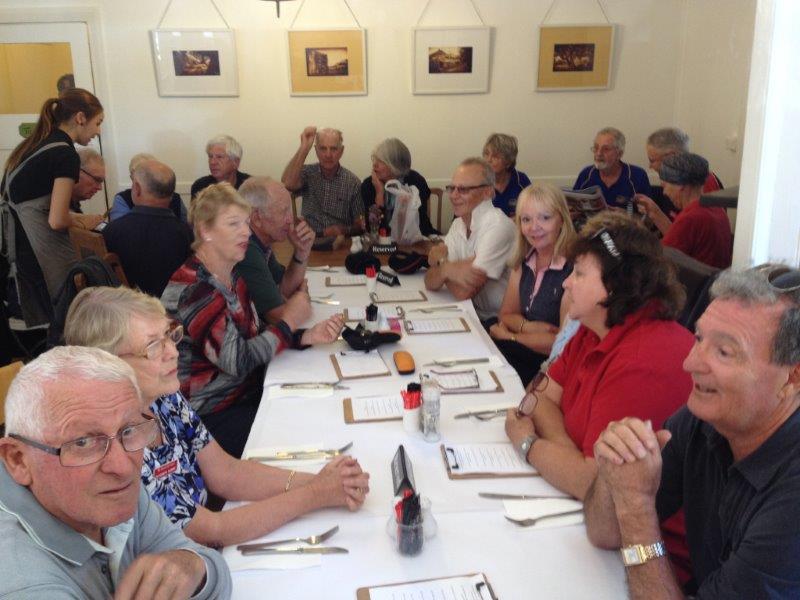 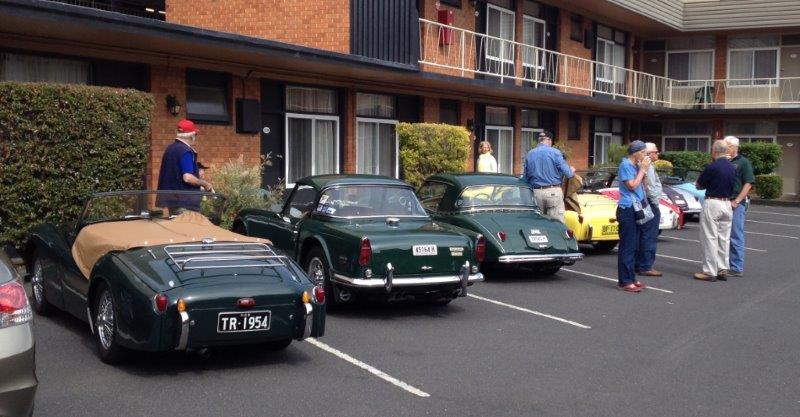 At the motel in Orange 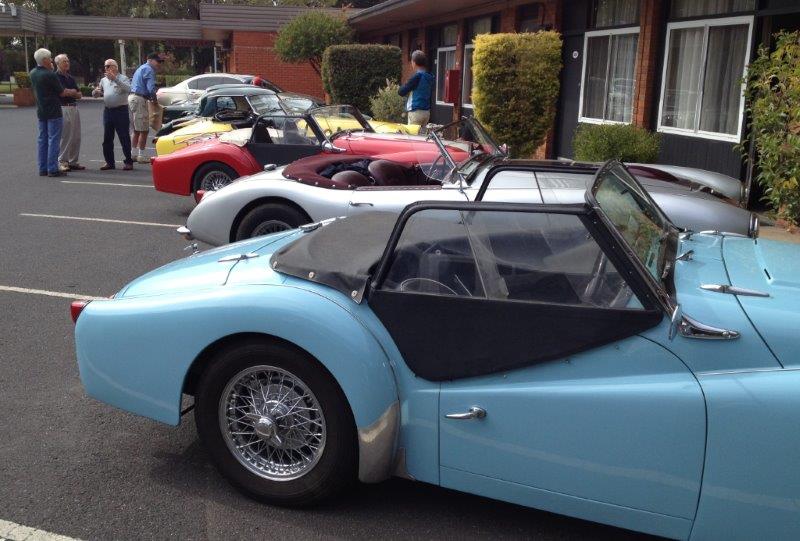 Terry Hicks car in the foreground 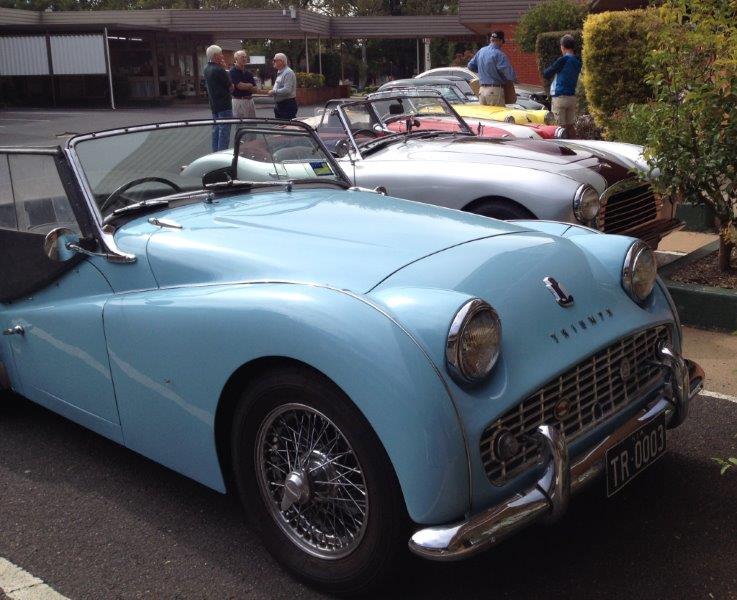 Warren McEwen's Doretti next in line 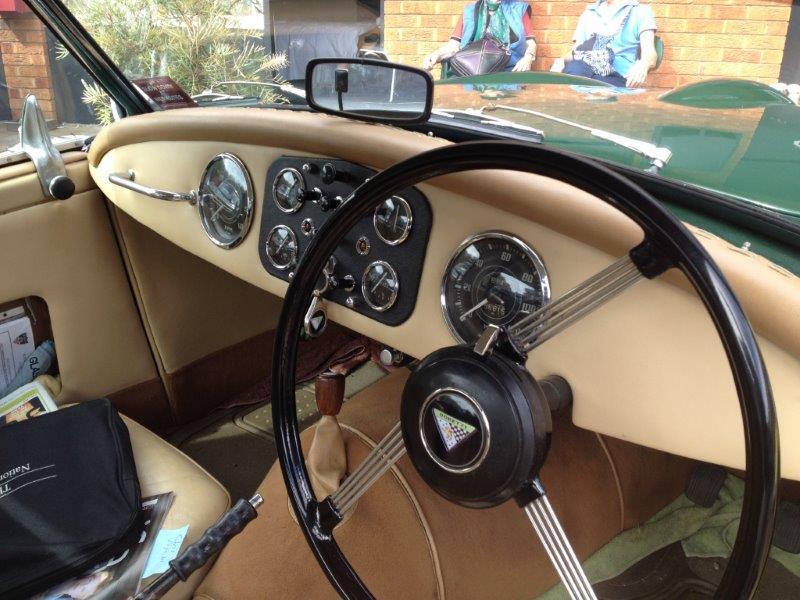 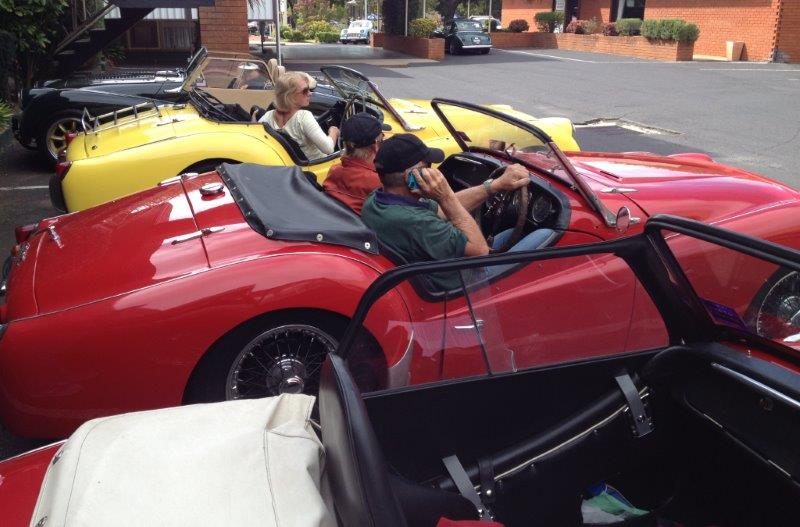 Ross Wannell on the phone to his broker.
Cheryl Dobe at the wheel of the yellow TR3 (Australian assembled DTR car)

Darryl Dobe's TR3 (yellow) has had a mixed grill(e) for breakfast. 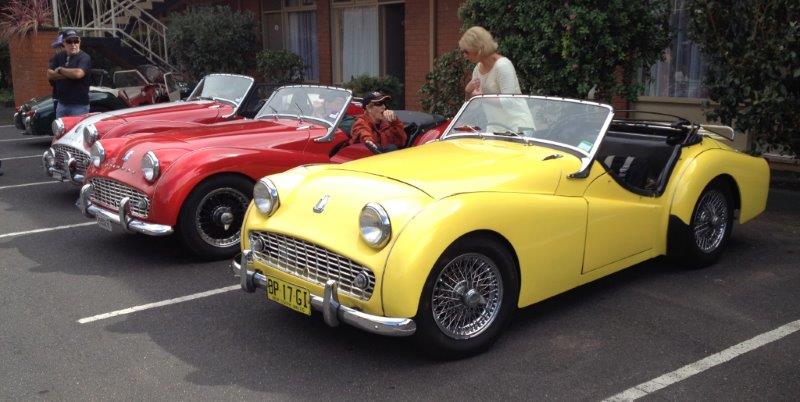 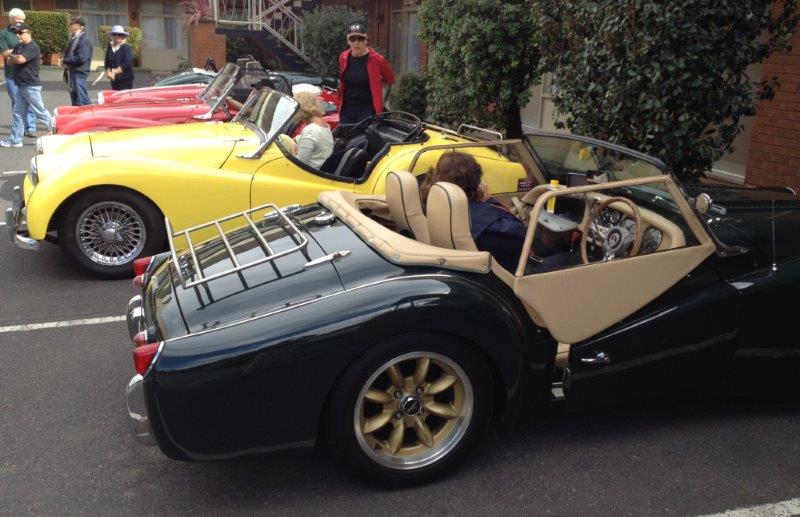 The Rea-mobile - later to shed it's spare wheel cover in protest at having not been driven enough lately. 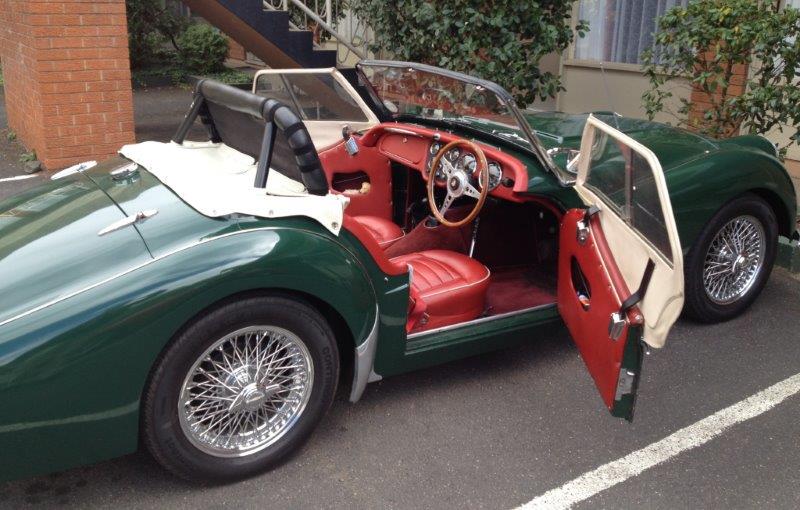 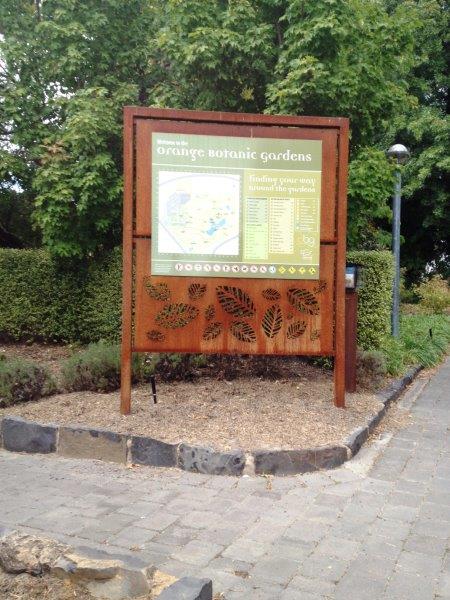 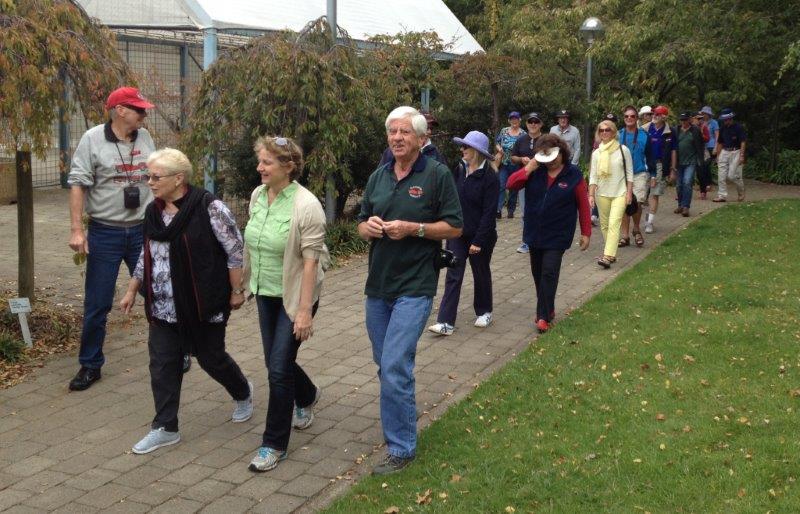 Allan Mitchell - "keep it together you lot!" 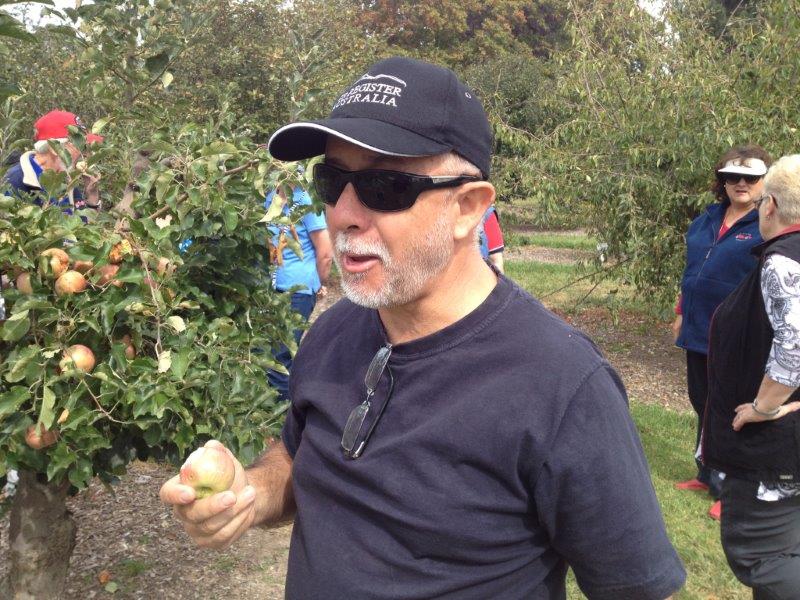 Run organiser John McCormack busted with forbidden fruit in the Garden of Orange. 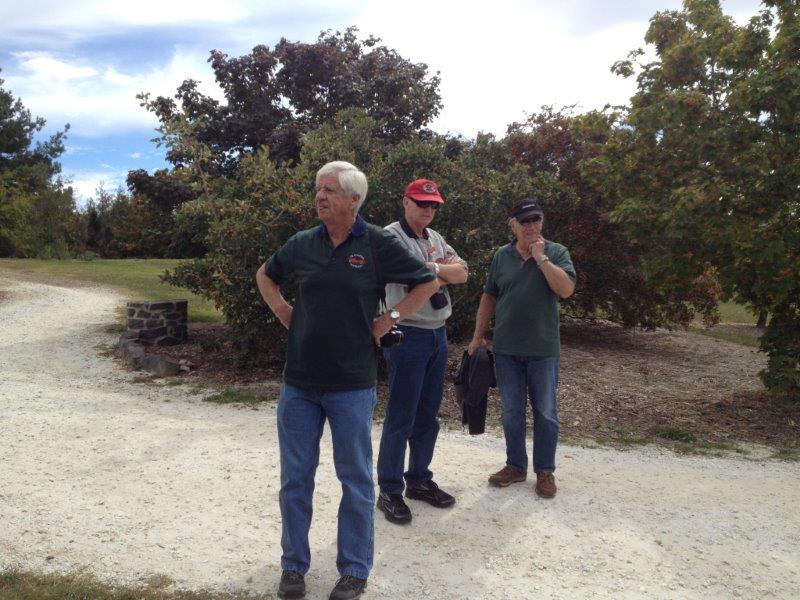 "Buggered if I know where everyone else went..." 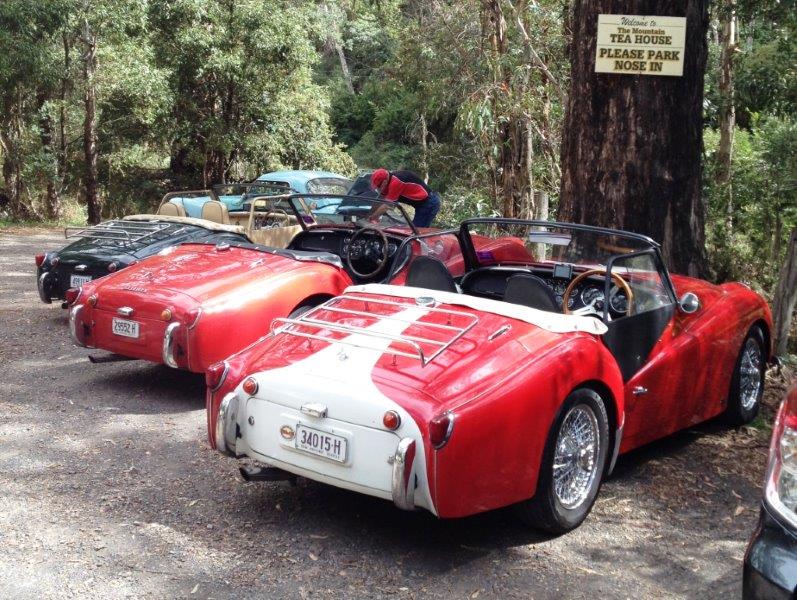